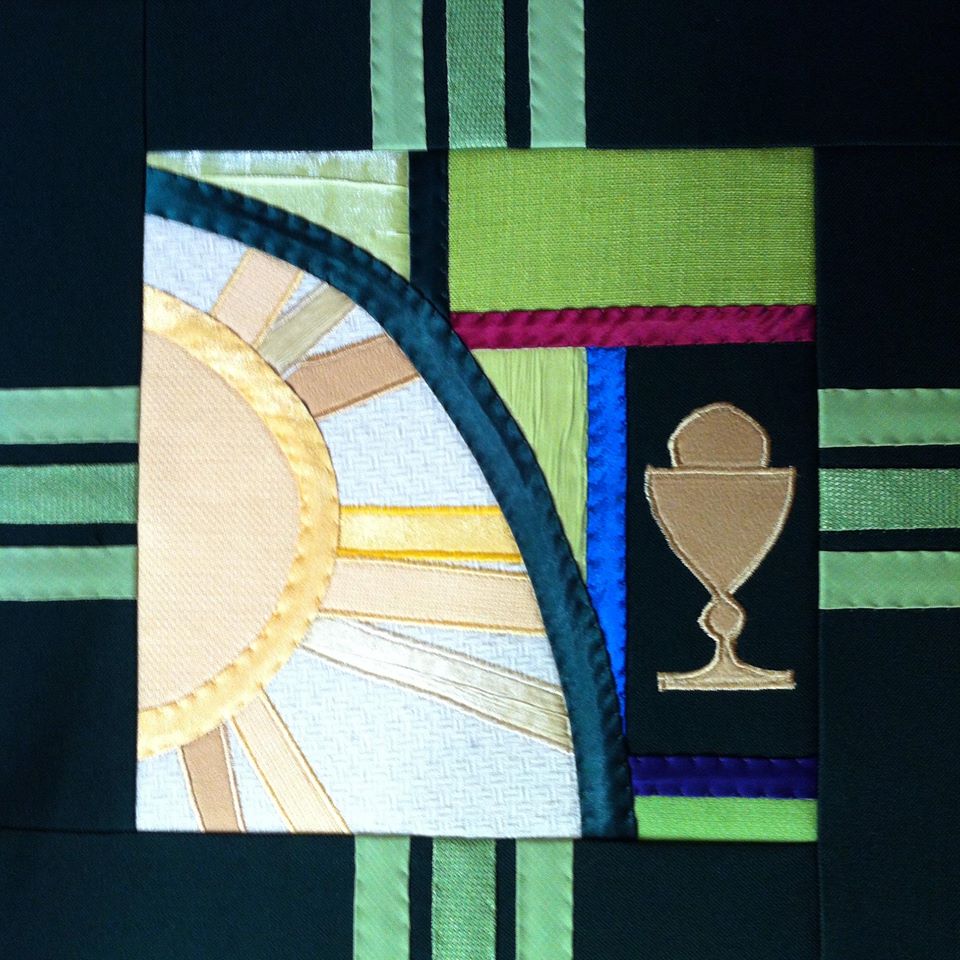 “Jesus began to send [his disciples] out two by two, and gave them authority over the unclean spirits.”

Since the shooting at Mother Emanuel AME Church in Charleston, South Carolina last month, over a half a dozen Black churches have been burned.

In the 1950s and 60s the confederate flag became a symbol of protest against the civil rights movement and it was raised over capital buildings in many southern states. That flag has become a symbol of racism and white supremacy much like the Nazi swastika is a symbol of anti-Semitism. While flags have been removed from state capitals in the last two weeks, Amazon reports that sales of confederate flags increased by over 200% in the week following the shooting in Charleston.

And racism is not only an issue for people in the South. The disparity in test scores along racial lines in Minnesota indicates our failure to provide education that overcomes the racial divisions of our society. And unemployment among racial minorities is two to three times that of the white population. Even the infant mortality in Minnesota is significantly higher for non-white populations in the state. Those statistics are signs of the more subtle forms of racism that infect our nation.

All the judgments we make about groups of people, based on isolated incidents or comments we’ve heard and accepted as true without thinking, feed into the racism that infects our nation and world. And all of us know the times we have been guilty of letting our own thoughts, attitudes, and behavior be influences by the subtle an the overt racism around us.

But Jesus sent out his disciples and gave them authority over the unclean spirits.

Racism is one of those unclean spirits over which Jesus gave his disciples authority. One way to think about spirits – unclean or holy – is to think of them as the attitudes that are reflected in the lives of people. The fruits of the Holy Spirit according to Paul’s list in Galatians, are love, joy, peace, patience, kindness, generosity, faithfulness, gentleness, and self-control. These are signs of the kind of spirits that shape our lives. But when hatred, violence, division, anger, self-righteousness, bigotry, and similar behaviors and attitudes take control of people’s lives, it is the work of an unclean spirit. Dylann Roof may have been an unstable individual with a gun, but he was also acting out the racism of people around him, and the church burnings, which were a terrorist tactic of the KKK in the 1960s, also grow out of that unclean spirit of racism.

But Jesus still sends out his disciples and gives them authority over the unclean spirits.

But how do we make a difference? We must begin, I believe, with prayer and self-examination. How have we allowed ourselves to come under the influence of this unclean spirit? Only prayer will reveal that to us, and only through prayer can we open ourselves to the healing that Jesus seeks to work in our lives. And this is day by day work, because this unclean spirit slips in through the cracks and corners of our lives, and only through daily repentance and daily returning to the new self God has made us in baptism can we hope to keep this unclean spirit cast out of our lives. And Jesus send his disciples out with authority; which means we have authority to challenge and correct the comments around us that are infected with this unclean spirit of racism. And this is important work for us to do as people of this church – we have authority to hold one another accountable. The shooter in Charleston grew up in an ELCA congregation, and while the church cannot be held responsible for the actions of all its members, perhaps there is more that we can do to name and to cast out the unclean spirits that produce hatred and violence in our society.

In her statement following the shooting in Charleston, ELCA presiding bishop, Elizabeth Eaton, calls the church to a time of self-reflection and repentance. She writes:

It has been a long season of disquiet in our country. From Ferguson to Baltimore, simmering racial tensions have boiled over into violence. But this … the fatal shooting of nine African Americans in a church is a stark, raw manifestation of the sin that is racism. The church was desecrated. The people of that congregation were desecrated. The aspiration voiced in the Pledge of Allegiance that we are “one nation under God” was desecrated.

Mother Emanuel AME’s pastor, the Rev. Clementa Pinckney, was a graduate of the Lutheran Theological Southern Seminary, as was the Rev. Daniel Simmons, associate pastor at Mother Emanuel. The suspected shooter is a member of an ELCA congregation. All of a sudden and for all of us, this is an intensely personal tragedy. One of our own is alleged to have shot and killed two who adopted us as their own.

We might say that this was an isolated act by a deeply disturbed man. But we know that is not the whole truth. It is not an isolated event. And even if the shooter was unstable, the framework upon which he built his vision of race is not. Racism is a fact in American culture. Denial and avoidance of this fact are deadly. The Rev. Mr. Pinckney leaves a wife and children. The other eight victims leave grieving families. The family of the suspected killer and two congregations are broken. When will this end?

The nine dead in Charleston are not the first innocent victims killed by violence. Our only hope rests in the innocent One, who was violently executed on Good Friday. Emmanuel, God with us, carried our grief and sorrow – the grief and sorrow of Mother Emanuel AME church – and he was wounded for our transgressions – the deadly sin of racism.

I urge all of us to spend a day in repentance and mourning. And then we need to get to work. Each of us and all of us need to examine ourselves, our church and our communities. We need to be honest about the reality of racism within us and around us. We need to talk and we need to listen, but we also need to act. No stereotype or racial slur is justified. Speak out against inequity. Look with newly opened eyes at the many subtle and overt ways that we and our communities see people of color as being of less worth. Above all pray – for insight, for forgiveness, for courage.

On this Independence Day weekend it is good to reflect on how the American Spirit draws us to live out our higher ideals. The Spirit of America inspires us to welcome and value the diversity of people and cultures that come together in this great country. That is the spirit that Abraham Lincoln referred to as “the better angels of our nature.” Such spirits, I believe, work in service to the Holy Spirit, so that the fruit of the spirit can flourish in our lives and drive out every unclean spirit – for you are sent by Jesus with authority over the unclean spirits that infect our lives and our world. AMEN.